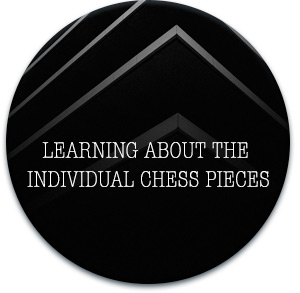 Learning about the individual chess pieces

The game of chess played by two players on a chess board with 32 chess figurines. So, each person has 16 figurines that he or she can use in the battle against the opponent. Novices should learn how these pieces can move and what their strengths and weaknesses are. But even expert players and grandmasters need to sometimes get back to the basics and study what the chess pieces can do in each position – this is the core of the game, and we all need to study it in depth if we wish to become good in chess.

So, we’ll begin with the smallest, seemingly most unimportant chess piece on the board – the pawn. Each side has 8 pawns, and this may tell you that this piece is unsavoury and that it’s not very useful. But you’d be very wrong to presume this – the pawns can be used to advance your position, to attack, to defend, to create impenetrable chains among themselves, and, finally, to get promoted to another piece. The promotion is the zenith of the pawn’s power and usefulness, as if you can bring it to the end of the table you will be able to get a piece of your choice that will take its place – including a queen!

However, on their own – the pawns are not that powerful. They can be easily captured, and they only can capture diagonally, while moving vertically. They are most powerful when they are supported by other pawns – and this is a mistake that many novices tend to make – they create so-called pawn islands, or isolated pawns – unsupported by other pawns. If you learn how to use the pawns, this means that you have mastered a big part of the game of chess.

Next off is the rook. The rook is a powerful piece, and it’s worth about 5 pawns. You have two rooks – and the way they move is horizontally and vertically on the board. One of the best things to do in the early game is to find a way to connect the rooks – as in this way they become much more powerful than if you leave them isolated from one another. One move that you can make in a combination of the king and the rook is called the castling – which is an important move to use in the early game with which you can connect your rooks and defend your king, all in one move.

The knights and bishops are important pieces as well – and they are individually worth about 3 pawns each. They can be best used depending on the structure of the board – if the pawn structure is closed, then you will want to use knights, and if the pawn structure is open – then you will want to use bishops. The knights can jump through pieces and move in L-shape, and the bishops move only diagonally.

The queen is the most powerful piece in the game, as it can move vertically, horizontally, and diagonally. It’s important to not overextend your queen in the early game, as it can be easily captured, and this will be a terrible blunder on your behalf.

Finally, the king may seem like a weak piece, but it’s also the only piece wish priceless value. If you lose your king – then you lose your game, so it’s very important to protect it. But at the end of the game, the king becomes a powerful weapon that you can use for the advancement of your pawns or for the attack on your enemy’s pawns. It’s very important to use the king wisely. It can move one field in each direction.
So, those were the chess pieces and the ways in which you can use them in any game. We hope that you will invest the time and effort in putting your knowledge into practice.

← Inspiring your children to play chess
Learning the chess endgame →