Europechess is a website for European people interested in chess. No matter who you are, chances are that you have heard about the game of chess. This is an ancient game that is thought to have originated in the country of India, many centuries ago, and since then it has maintained a high level of popularity for people from all walks of life, to this very day.

What makes chess so interesting?

But why chess? What makes this game so interesting? After all, all you do here is move some chess pieces in an arbitrary way – where’s the fun in this, right? Wrong. Chess is, in fact, a very fun game if you set out to truly learn its depth and intricacies. In fact, if you set out to do this, you will learn that chess is one of the deepest, most complicated games in existence. Even though it may seem like you’re doing nothing while playing it – there are several studies that show that your brain works at high speeds, and that for someone that sits still and only moves some chess pieces – you spend a big number of calories, and you may even feel exhausted after a long, tough game.

Improve in the game of chess

So, if you want to improve the way your mind processes stuff – if you want to become more intelligent – then you should try chess. The best thing about this game is that no matter who you are, you can still learn this game rather easily – the basic rules are not that difficult to understand. Even little children can understand all there is to it in short time. But on the flip side you must not neglect the fact that chess is one of the most complicated competitive games in existence, and in order to master it, you would have to spend your entire life in dedication to this game. And this still won’t be a guarantee that you will ever master it.

But we get over our heads too fast – chess doesn’t need to seem like a game where you need to be fully focused and 100% dedicated in your life to it if you wish to get good at it. You can still play a few games here and there with your friends, and pick up on valuable skills that you can implement in your later games. The key principle here is that you play as often as you can – or as often as you want to. It’s better to play 2 games a week, every week, instead of playing 100 games in a single week, but then you skimp out on chess.

When you play chess and are making a fast move there is something called bonus time. If you use less time than the standard time for each move you will get additional time for your next move. This is not a common way of playing when you just play for fun but in tournaments, it is a common procedure. Many people misunderstand the concept of bonus and think it is similar to a casino bonus. But in fact, there is nothing like a bonus in regards to money to chess. For example, online casino in India is growing quickly for games such as rummy. Maybe it will become popular to play chess for money online but so far it is a pretty unusual thing to do. Another great guide for casinos is casinoonline4u.com.

Europechess is a website for those interested in chess. It is for Europeans and is formed by a team of chess lovers and enthusiasts. This website aims to share important knowledge about chess and its various aspects.
Most importantly, the basic and intricate rules of chess are learned. These rules involve the special movement abilities of each type of figurine on the chess board. Additionally, special rules like the en passant pawn rule, the castle move, and the paw promotion. This is especially important for the newbies. Chess has its own set of rules which need to be practised, understood and strictly followed. This website helps to inculcate these rules through appropriate practice. From this site, you would also learn the historical perspective of this game. Knowing where the game started, where it is and where it is projected to be in the future would increase appreciation, love, and respect for the game.

Historical chess masters e.g. Bobby Fischer and Jose Raul Capablanca redefined and revolutionized the game through their skills, wit, consistency, and prowess. On this website, more can be known about some of these famous people. Chess games are played every day but some games are classified among the best and most famous. These games have been analyzed and broken down by experienced chess analysts. Even with so much experience, these analysts may not be able to figure out why a chess grandmaster made a particular move or what was thought when he played a particular game. However, it is still important to watch historic games as a lot can still be learned from them and the necessary inspiration and motivation can be derived. Europechess provides these videos and their analysis for those interested. Many people in are using the advancement in mobile technology to play chess another games online. Check out this great article about mobile games in 2020 if you are interested. There is quite a lot of really nice games there, even for us chess players. 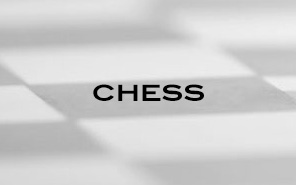 However, it’s not just about learning and watching the theory but about the application of all that has been learned. That is the culmination of all that has been learned from the beginning. Having a chess board with all the pieces and a competitor who also knows the rules is needed. A chess clock may also be gotten to make it seem more like a professional competition, though, this is optional. In this new digital age, one can even play against an opponent in another country online. This results in variety, experience and required knowledge of the game. This is the ultimate goal of Europechess.

Europe Chess now and in the future

And in the end, you will indeed be able to find out why chess is so popular to this day, and why so many people play it. You will get a finer understanding of the intricate principles that guide the way the game is played, and with every new game that you play, you will grow as a chess player. With this in mind, we’d like to welcome you to our blog where we will share useful and interesting information with you on the subject of chess. We hope that you will enjoy your stay here and that we’ll help you to get a deeper appreciation of the game of chess.